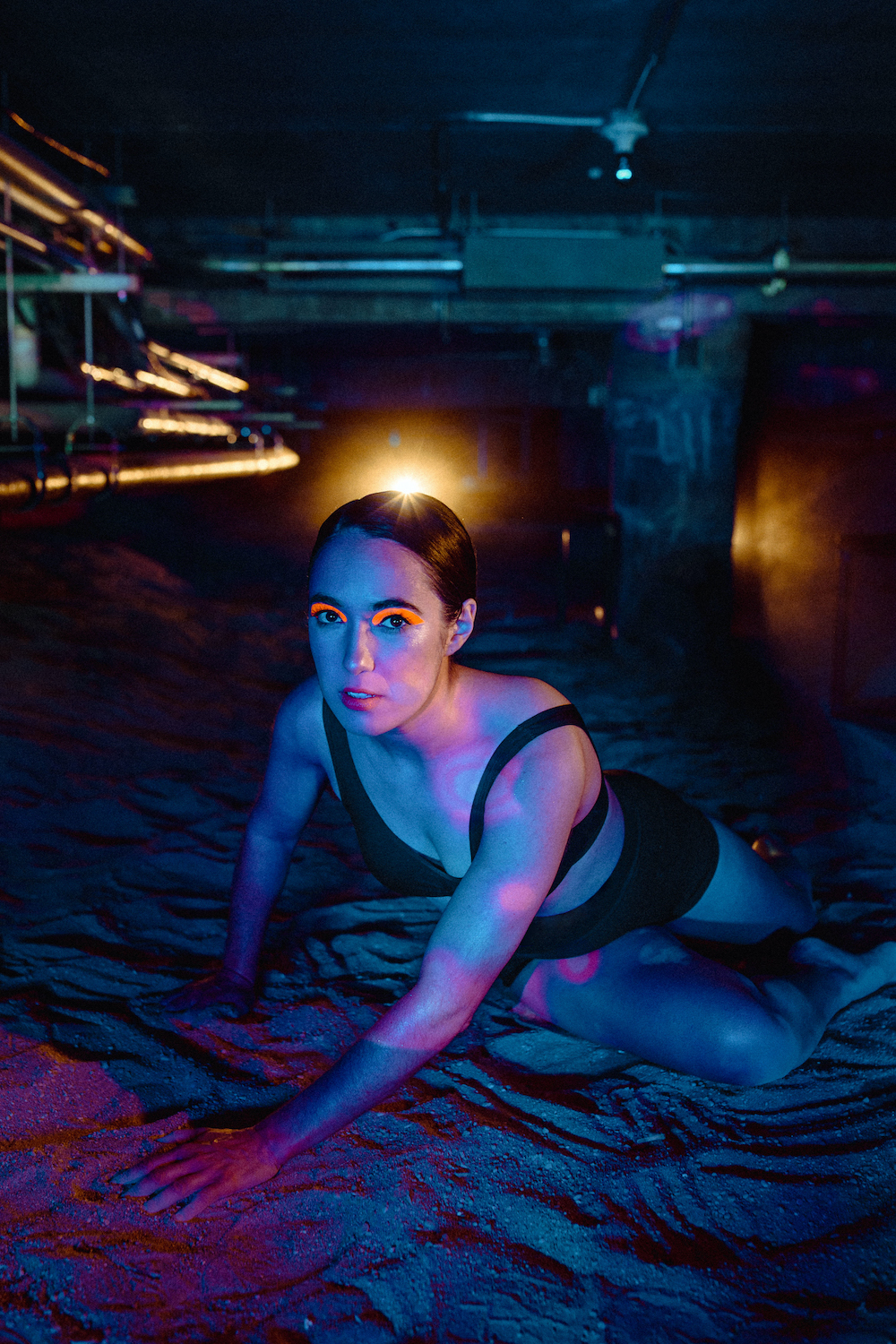 Photo by: Travis Ross Rayannah bends noise into music by running voice, breath, synth and percussion through loop pedals. Underscored by intricate beat-making, her evocative lyrics in French and English rise above dense soundscapes, pulling listeners into a world both dark and sweet. Innovative on stage and in the studio, Rayannah unveiled her first full length album Nos repaires (Our Haunts) on March 8, 2019. This new collection of songs pursues and pushes the sounds and textures explored in Rayannah’s debut EP "Boxcar Lullabies.”

Born and raised in Winnipeg, Rayannah has taken her electro-alternative sound across Canada and Europe. In 2019, Rayannah was named “Francophone Artist of the Year” and “Producer of the Year” along with her colleague Mario Lepage at the Western Canadian Music Awards. Rayannah and Mario were the first francophones ever to receive this honour. Whether opening for Esperanza Spalding, Ariane Moffatt or Saul Williams, fronting her band or performing alone on stage, Rayannah shares something raw, intimate, and transcendent all at once.

Anastasia has previously worked with Rayannah and was featured in the music video "Nos Repaires " and the digital show AFTERGLOW. Inspired by those experiences, Anastasia has invited Rayannah to create the music for her solo ME-Error and Anna's solo Metamers. Both solos are to be presented at MR: Reflections.