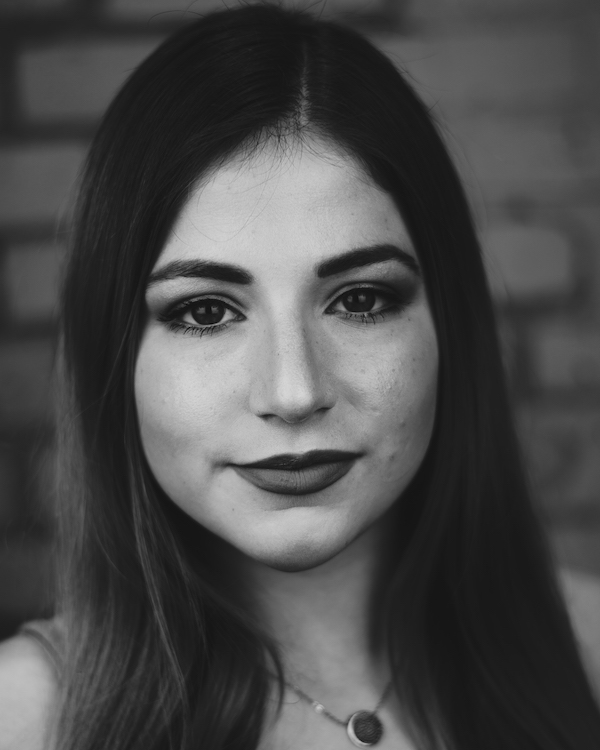 Photo by: Mark dela Cruz Originally from Thessaloniki, Greece, Anna graduated with a Bachelor Honours Degree in Contemporary Dance from the School of Contemporary Dancers’ Professional Program, an affiliated program with the University of Winnipeg. Anna started dancing at the age of seven training in ballet, but her love for contemporary dance took over when she became a teenager. Since then, she has participated in many workshops and intensives, and has performed in multiple shows.

Some of her performing highlights as a dancer include works by Odette Heyn with the Winnipeg Symphony Orchestra, Stephanie Ballard and the Winnipeg Preservation Initiative, Winnipeg's Contemporary Dancers and Peter Quanz. She has also worked with choreographers such as Harold Rhéaume and Le fils d'Adrien danse in Quebec City, and in Toronto for the New Blue Dance Festival. In the summer of 2019, she participated in Creando Lazos a Traves De La Danza with Ilse Torres and Roberto Mosqueda in Mexico.

Circus has always been a fascinating genre for Anna. Her circus journey began by training in contortion and hand-balancing with an ongoing support of her coach and circus artist Samantha Halas. Anna has also been training with Serchmaa Byamba online since February 2021. She has also practiced and performed aerial hoop under the guidance of Liz Cooper and Kimberly Craig. Highlights of her performances as a circus artist include shows with Frostbite Circus, One Trunk Theatre, Hit and Run Dance Productions and Les Productions Haut-Vol as well as performances for multiple public and private events.

Anna finds the limitless possibilities of a moving human body powerful and mesmerizing. Pursuing a more multidisciplinary career gearing towards dance and circus arts, Anna has developed a deep connection with dance and loves to portray feelings and emotions that cannot be expressed through words. In addition to performing, she loves teaching dance, contortion, acro and flexibility for all ages. Alongside her work in dance and circus Anna is inspired by merging dance, circus, photography and discovering new possibilities for creation and collaboration.

Anna’s first creation, TANGLED (choreography by Anastasia with artistic input by Anna) in collaboration with Anastasia Evsigneeva started in late 2019 and was completed in the fall of 2020. Together they have created two versions; a live performance piece as well as TANGLED the film. Anna is honoured to be under mentorship with Robin Poitras and Edward Poitras and an artist in residence with New Dance Horizons since the summer 2020. As part of the residency and mentorship Robin and Edward created Re-Tangled, the remix of the original work TANGLED that was premiered in Moving Roots: Reflections in Winnipeg in June 2022.

Anna co-directed, choreographed and performed in Moving Roots: Reflections, a multidisciplinary contemporary arts show supported by the Canada Council for the Arts. She is excited to tour the show in Canada in the future.